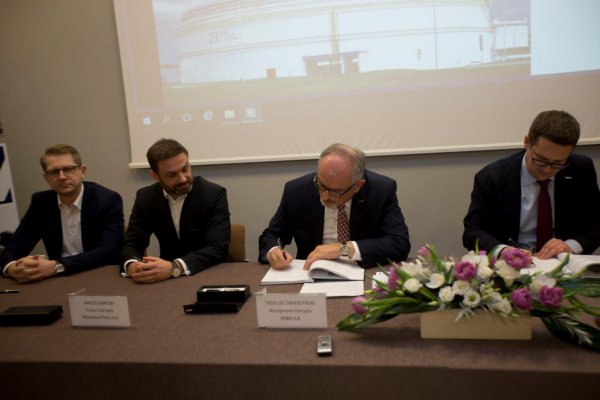 The subject of the contract is the comprehensive implementation of two crude oil tanks - 100,000 m3 each. m³ each, together with the accompanying infrastructure in the reservoir park at the Gdańsk base.

The contract worth PLN 142.95 million net will be performed by the Company in a consortium with Mostostal Warszawa S.A. The tanks will be put into operation within 25 months.

The tanks will be built in accordance with the latest technological standards and based on extensive experience in the implementation of this type of investment.

The company has already built for PERN S.A. in 2004, one tank (winning the Grand Prix of the IX International Oil and Gas Fair - 2004 in Warsaw and the European Medal awarded by the Business Center Club) and in 2011, two tanks at the base in Adamów, and at the base in Miszewek Strzałkowskie near Płock in 2013 two tanks with a capacity of 100 thousand. m³ each.